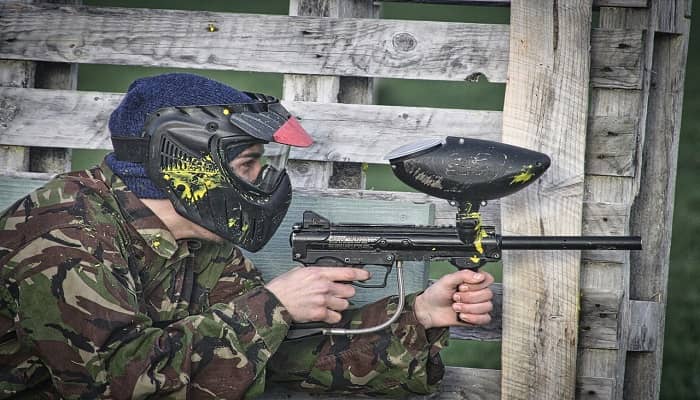 How Does a Paintball Gun Work – The Complete Beginners Guide

Paintball is among the top-ranking leisure and recreational games that also doubles up as a competitive sport. Players in paintball use paintball guns to eliminate their competitors and at the same time stay on the lookout to dodge paintballs aimed at them by their opponents. To become the best in the game, it is essential to comprehend how does a paintball gun works.

A good understanding of your paintball gun will propel you to become a pro in the game. Besides understanding the operation of the paintball gun, one needs to know how to care and maintain it so that the gun retains its efficiency in taking shots at your opponent while gaming.

What Propels The Paintballs?

Initially, paintball guns were referred to as paintball markers since they were used by forestry personnel to mark trees and ranchers to mark their cattle. The paintballs in the paintball gun are propelled by compressed gases.

Some paintball guns use carbon dioxide while others rely on compressed air (HPA) to propel the paintballs when one is taking shots at their opponent during gaming. The paintballs are simply dye-filled capsules that burst on striking the target thus leaving a mark and gelled for better propulsion.

How fast and far can the Paintball Gun shoot? 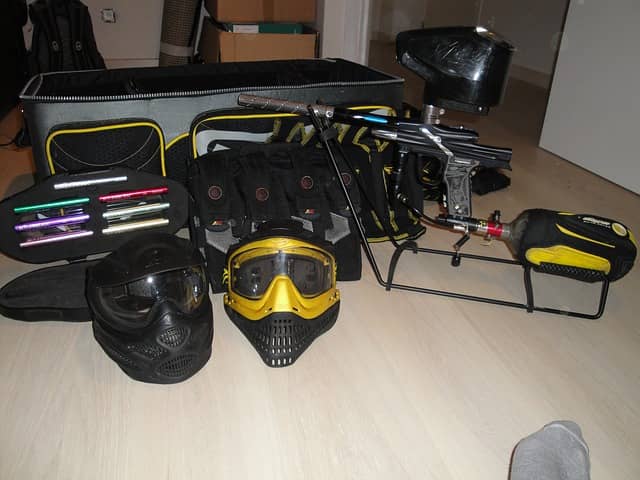 A loader is a compartment that holds the paintballs which are used to target and eliminate targets while paintballing. There are different types of loaders for paintball guns. The gravity feed, the agitating, and the force-feed loader. The tank is the key propellant system for the paintball gun. It holds compressed gases or high-pressure air (HPA). These gases ensure stability in the velocity of the paintball gun especially those that depend on Carbon dioxide for propulsion.

How do you ensure safety while using the Paintball gun? 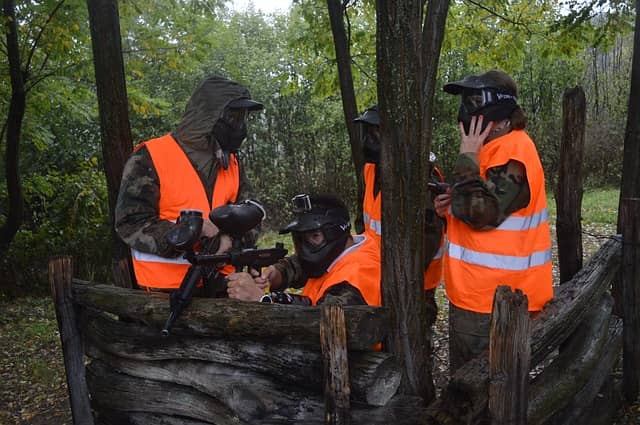 Direct impact from the paintballs may or may not cause damage to the target. This is dependent on the range of the target and the velocity of the paintball gun. This is why paintball players are required to wear protective gear while partaking in the game.

Sensitive parts of the body such as the head, eyes, ears, elbows, and knees need protection when using the paintball gun. To avoid causing damage to your opponent especially when engaging in recreational paintballing, ensure you use your gun within the given range. This translates into a minimal direct impact on your opponent with enough force just to burst the paintballs. 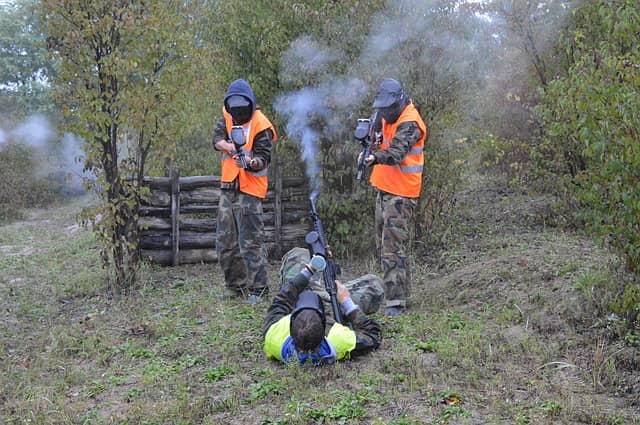 Care and Maintenance of Paintball Guns

The paintball can be disassembled and cleaned to remove the dirt accumulated in the body, loader, and barrel. This may be done occasionally since dirt will slow down the performance of your paintball gun. The design of the paintball gun allows one to clean all components separately then assemble the gun back for use.

The safety aspect for the user is very important and one must take the necessary precautions when using a paintball gun. It is important to take care of and maintain your paintball gun. This is crucial because it determines the effectiveness of the gun while out in the field.